High-Achieving Students Are at Risk Reading is good for you!  As Real Simple reports, “It turns out that diving into a page-turner can also offer benefits toward your health and happiness.” Recently, they offered readers 8 Science-Backed Reasons to Read a (Real) Book.  Among them are:

As we tell our clients undergoing detoxes in Florida at Spring Gardens Addiction Detox Center in Florida, just north of Tampa, getting a good night’s sleep is even more important to those who are taking the first steps on their journey of recovery.

“It really doesn’t matter what book you read, by losing yourself in a thoroughly engrossing book you can escape from the worries and stresses of the everyday world and spend a while exploring the domain of the author’s imagination,” cognitive neuropsychologist David Lewis told The Telegraph.

Antonia Crane has found that there are benefits to reading certain types of material. More than 20 years ago, Crane left her rooftop apartment in San Francisco’s Castro district in an ambulance that delivered her to the psyche ward where she kicked her meth habit for good. Since then, she has read countless books dealing with addiction – novels about addicts, memoirs from those in recovery and more.  She shared some of the titles on Electricliterature.com in a posting called Six Powerful Books about Addiction and Recovery That Will Make You Feel Capable of Change.

Among those earning her acclaim are:

Gun, Needle, Spoon by Patrick O’Neil, who she says “knows the gritty consequences associated with the junkie life.” As Crane explains, the memoir begins “with a violent and terrible arrest after being busted for several armed robberies, the method by which he supported his heroin habit. His incarceration leads him inexorably toward recovery and rehabilitation from which he emerges a person who is not only able to forge a sober life, but whose primary aim is to never forget and never return to his stifling cell in 850 Bryant.”

Permanent Midnight by Jerry Stahl is another memoir. “In Stahl’s sober hands, addiction has never been more colorful and hilarious,” Crane tells us. “His story begins with himself as a young man, a hopeful, fledgling writer driving cross-country to Los Angeles with his Jersey Penthouse editor to write the demented TV show “Alf.” His opiate habit gains voracious momentum along with the miseries it brings to himself and his daughter.”

The novel Delicious Foods by James Hannaham also made the list. “Our hero, Eddie, who has no hands, struggles to drive a stolen car to a sweeter place off interstate 45, where his aunt lives, in order to escape a horrible series of events that are not revealed until the end of the story,” Crane tells us. “Darlene, Eddie’s mother, is grief stricken by the sudden death of her black activist husband; her identity becomes entirely eclipsed by crack cocaine. Darlene is literally held captive and drugged by a sinister food chain, human trafficking operation. Although the book is primarily focused on desperate acts born out of grief, drug addiction and rough terrain,” Antonia says, “‘Delicious Foods’ is, on a larger scale, an ambitious story about systemic racism and self-destruction — traps that can lead us to our own demise.”

Both Crane and Katie MacBride, a recovering alcoholic who shared her list of 100 Must-Read Books About Addiction on Book Riot, recommend Black Out, a memoir by Sarah Hepola.

Crane describes the book as “a funny, sad portrayal of an unstoppable, unattached, driven woman who early on mistakes recklessness with feminism and freedom. But her sassy wine-drenched sisterhood quickly cascades into a life of forgotten staircases and stranger’s air mattresses. Hepola’s appealing, smart slumber party voice and achingly honest observations of her own progressive alcoholism are at once heartbreaking and deliciously funny. Surrender and recovery have never felt so familiar.”

Crane and MacBride also agreed on the merits of How to Grow Up, a memoir by Michelle Tea.

“This isn’t just a memoir about getting sober. It’s a memoir about youth and growing up, about the decisions we make as we transition from young adult to adult-adult,” MacBride says. “Tea’s funny, smart memoir about making that transition demonstrates that there’s no clear path to adulthood and that falling down on that path is inevitable. All we can do is get up, dust ourselves off and keep walking.”

Crane said, “[How to Grow Up] has a particular San Francisco squalor: maggots in the fridge with flies. Cigarette butts on the floor. Beer bottles in the sink. The young Michelle Tea — our forever adolescent, fashion junkie-turned-alcoholic — was the only Goth kid at her prissy school. Later, in her twenties, she believed with her whole glittering heart the world was conspiring against her. Throughout this warm and generous how-to book, Michelle Tea’s astute observations about classism, low self-esteem and struggling as an artist in San Francisco coincide with the harsh realities of being poor and her desperate reach for alcohol to soften the blow. After several broken relationships, shitty apartments and getting ripped off due to her fear of becoming responsible, the most surprising twist of fate was to grow up and chose a sober life. “How to Grow Up” was an actual manual for me. Proof that getting sober and becoming honest about the things we really want more than anything — a spouse, a child, a good job — is sometimes the most punk rock move yet.

At Spring Gardens’ Florida alcohol detox center in Tampa, we enable people of all ages to take that all important first step in alcohol and  opiate detox. We offer a variety of therapies – from music therapy and yoga to individual counseling – designed to provide the support necessary to successfully complete alcohol and drug detoxes in Florida.  If you are concerned about a friend or family member who has engaged in excessive drinking or has been swept up in the opioid crisis, don’t hesitate to call us for information about the problem and about our unique Tampa detox center in Florida. 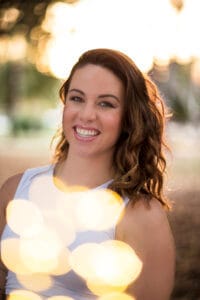